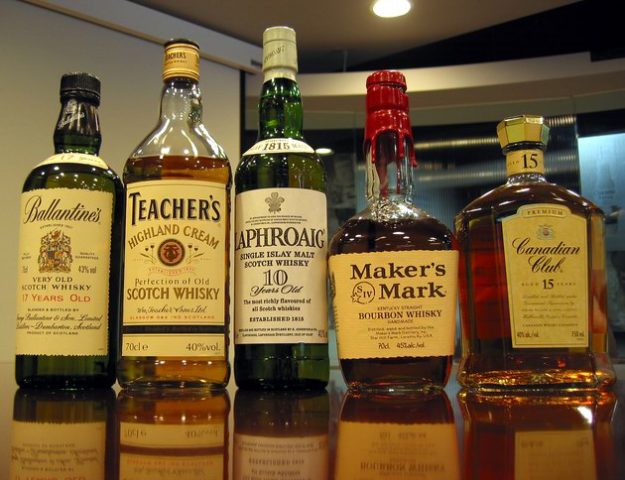 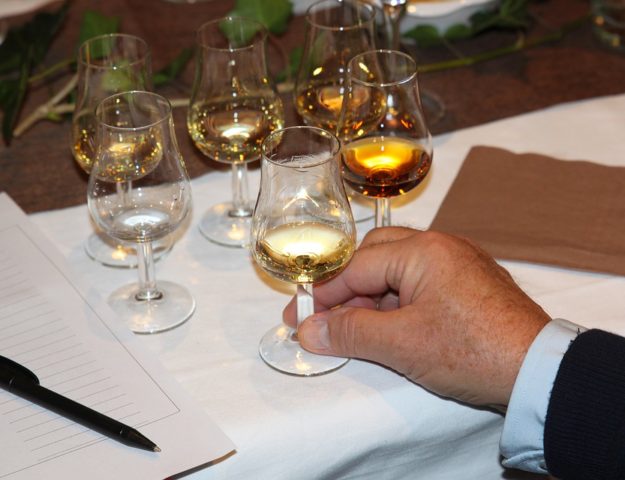 Sipping your favorite spirit might occasionally prompt you to wonder how whiskey is made. Although there are some variations depending on the type of whisk(e)y, the process is similar for all styles. All whiskeys are distilled beverages made from grain and usually aged in wood; now let’s take a look at the basic process of converting grain and water into the nectar we know and love. 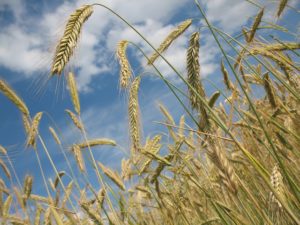 Whiskey can be made from just about any grain, but most common is some combination of barley, wheat, rye, and/or corn. In some cases, particularly with barley, the grain may be malted — a process of allowing the grain to germinate before drying, which allows enzymes to develop that convert starch to sugar in the mash. The grain used will have a large impact on the final spirit and in fact, many styles of whiskey are strictly regulated as to the types of grain used. Some amount of malted barley or other malted grain is always used to provide the enzymes necessary to convert starch to sugar, which will eventually be converted to alcohol by yeast. 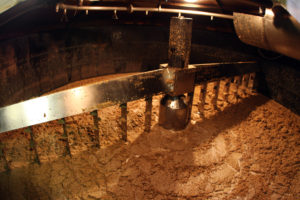 Once the grain is selected, all unmalted grain is first coarsely ground then cooked in water. This releases starch granules from their cellulose walls, ready to be converted to sugar. The malted grain is also milled, then combined with the cooked grain and hot water to produce a mash. It is here that the enzymes in the malt can work their magic of making sugar from starch.

After several hours, the mash is less cloudy from starch and is now loaded with dissolved sugar. The mash may then be filtered and the sweet liquid, called wort (rhymes with shirt), is transferred to a fermentation vessel.

Yeast is added in the fermentation vessel and goes to work, consuming sugar and converting it to alcohol. After a few days fermentation is finished and the resulting liquid, called distiller’s beer or wash, is at about 10% alcohol and ready to be distilled.

There are various types of stills used, depending on the type of whiskey and on the preference of the distiller; however, they all work more-or-less the same way. The distiller’s beer is heated, allowing alcohol to evaporate and rise up through some type of condenser, where the alcohol becomes liquid again. This works because alcohol boils at a lower temperature than water (172° F/78° C vs 212° F/100° C). By controlling the temperature, the distiller is able to control the ratio of alcohol to water and other substances known as congeners. These congeners are in part responsible for the flavor of the whiskey, and not all are desirable. The bulk of the flavor, however, comes from the next step in the process. 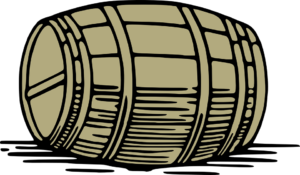 The whiskey that emerges from the still is as clear as water and has relatively little flavor. It is the aging that gives the color (sometimes caramel coloring is used as well, in styles that allow it) and most of its unique flavor. First, the whiskey is diluted to between 50% to 65%, depending on the style. It is then moved into wood barrels, where it will stay until it’s time to blend and/or bottle. This can be anywhere from a year to 20 years or more, with older whiskeys generally commanding a higher price.

If the whiskey is to be blended, now is when it happens. Single malt Scotch or any whiskey labeled as “straight” is not blended, but for others, blending is often done to achieve a consistent flavor by taking whiskey from various barrels, sometimes of varying age. 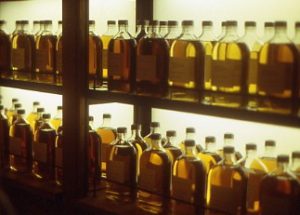 The whiskey is nearly ready to be consumed by us. After aging and blending, the whiskey is diluted to bottle strength — generally 40%-50% alcohol by volume (there are also premium whiskeys sold at “cask strength”). It is now ready to be transferred to bottles by automated machinery. Glass bottles are used, as they do not change the flavor of whiskey over time — whiskey, unlike wine, will not improve in the bottle.

So that’s the basics of how whiskey is made. There are variations with each style, but the process is more similar than it is different. Please let me know what you thought of this article by commenting below! 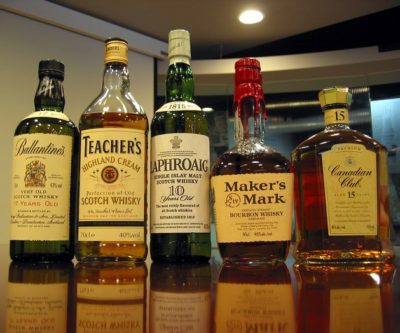 Whiskey Styles If you're somewhat new to the world of whisk(e)y, you've probably wondered what makes one whiskey a 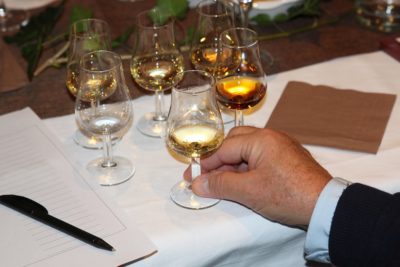 So you’ve been enjoying whiskey for a while now, and you’ve decided you’d like to take your enjoyment to

Stay in the Loop!

Configuration error or no pictures...

You must be at least 21 years old to visit this site.